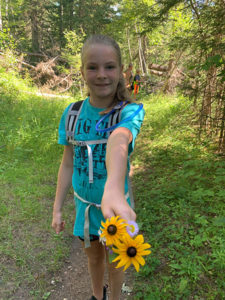 Today is Lucy’s birthday, Now Lucy is a very young girl, about seven years of age. She deserves better than what she got.

Lucy was just brushing her hair when she heard a sound. “Probably nothing,” she thought to herself. Then, she got in bed. Her homework tonight was to read for thirty minutes. It was very dark in her room that night. So Lucy’s mother gave her three small but bright candles.

Ten minutes have passed. Creak, creak, creak. “Just the mice,” Lucy thought. One candle went out. Lucy’s shutter doors started to open and close from the storm outside.

Another ten minutes passed, and another candle blew out. Vivid scratching was heard at her door. Lucy didn’t think much of it; “Just a cat . . .”

Down to the last candle. Yellow eyes appear, staring from Lucy’s closet.

Missing posters are up. 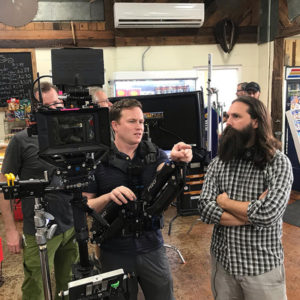 Ooooh! What a chilling ending! I’m a big believer in great stories having great endings, and this one got to me! It works so well for a couple reasons. One, it has a clear beginning, middle, and end. Two, McKenna has given us a countdown in the form of the candles. Thanks to the setup in the opening, we know that something bad is going to happen to Lucy by the time this is over. As the candles start going out one by one, we anticipate her impending doom, even if she remains oblivious to the danger.

But what is most chilling, perhaps, isn’t that the threat ends up being supernatural or monstrous but that the end result is something most of us have seen every day—a child who has gone missing for unexplained reasons. We’ve all seen the Missing Posters before; we’ve received the Amber Alerts. That choice takes the story out of the imagination of the reader and plants it firmly into the real world, forcing us to confront a very real terror that exists today. Terrific work.