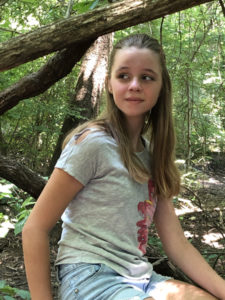 My name is Ginny, and I want to talk about a few things that I feel strongly about. The problems that I am concerned with are things like deforestation, pollution, and climate change.

When I first heard that animals could go extinct, I was immediately angry. When I heard about the things that helped, and that it was mostly human interaction, I wanted to help stop it. But is there anything kids, or anyone, can do?

Let’s start with the enormous amount of deforestation. Right now, almost 42 million trees are cut down a day. The paper that you wrote on in the last week took part in that amount. Think about how many trees are cut down in one week, and I am not going to be the one counting the weeks, years, even millennia that came before.

Trees are living things that we share this earth with. Most of you are probably wondering why I even bring it up. Plants, as you know, are just brainless things that do nothing but sit around and take up space. Right? Wrong! Plants are actually very interesting. They somehow know up and down, left and right. They provide oxygen and take carbon dioxide, which right now is clogging the atmosphere and melting the ice caps because there aren’t enough plants and too many humans and machines. It is the reason we didn’t have much snow this year. The plants know to spread their seeds far and wide. They even sometimes have wars between plants (not that often)! Plants are fascinating and, most likely, even smarter than we had ever imagined.

The problem just grows when you think about pollution. The animals we love are dying because of the pollution that we put into the atmosphere. Ice is melting because of holes in the atmosphere where harmful light rays are getting through to our icy poles. When the poles are melting, it kills off penguins and polar bears and other animals that live on the ice. If we don’t take action, these amazing animals could be extinct very soon.

Children all over the world are realizing that some of our leaders are not fixing the things that need to be righted. This is when we realize that it is up to kids to open their eyes. The challenge is that children have been told that we need to leave things like this to the adults. But it’s our future that’s being ruined, and we should be allowed to fix it.

A girl named Greta Thunberg has been making speeches all over the world. She is from Sweden and has been talking about climate change for about two years now. She is around seventeen years old and is already doing things that many of our leaders refuse to do. She has been one of the many people I look up to. One girl has changed the thoughts of many people. Think about if there were many more people like her!

Many children have been thinking about ways that they can help. Many have been doing marches past the White House and down main streets. You can join them as well! Kids of all ages can do it. One thing that I have been doing is writing letters to companies asking them to stop burning fossil fuels and informing them of my concerns. One letter will not help, though. We need thousands of letters for that to work. This is something you can help with even stuck at home behind a desk!

Help me fix our future!

Our Earth needs an army! 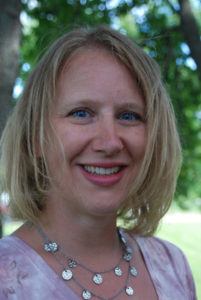 Dear Ginny,It is so encouraging to see your passion for a healthy environment! We all need clean air and water to survive and thrive. We all need the natural ecosystems to work well, so they can provide these things as well as food, shelter, oxygen, and a stable climate. Because many of the problems you mention have been caused by humans, humans must take responsibility to address them.

And indeed, as you say, children and young people around the world can make a difference. Your enthusiasm, energy, and challenging questions can help—so don’t wait for the adults! Kids can change their own actions and certainly ask leaders in their families, communities, countries, and the world to do things that help our environment. I know of executives who have improved sustainability in their companies because their own children asked them how they were helping the earth. Our government reps at city, state and federal levels do read letters we send to them, and they pay attention to events organized by youth and others. For example, one of two recent peaceful rallies in Durham, NC about racial injustice were led by middle-schoolers, the other by college students—and the leaders are listening.

For any of you wondering what you can do that can have the most impact, talk with scientists, get the facts and data, and join up with inter-generational efforts. With a combination of youth (energy, enthusiasm, good questions) and elders (experience, wisdom, connections), we can do this! We will continue to strive toward environmental justice and toward healthy ecosystems for people and for the creatures with whom we share this planet.